Man or Machine? Human Augmentation Offers the Best of Both Worlds

As regular readers of this blog will know, I usually focus on the latest tech trends and their impact on travel/tourism or logistics. To kick off 2020, however, I’d like to look at something a little different – an area of technology with implications for many industries. Its name: human augmentation. Its purpose: to leverage high-tech to enhance people’s natural capabilities.

Total Automation: The New Holy Grail
For companies in almost every sector, end-to-end automation is the shape of things to come. Small wonder, then, that a host of heavy hitters, including Siemens and Bosch Rexroth, are driving advances in this area – developing and delivering solutions that will shape the smart factories of tomorrow. And when it comes to establishing these factories of the future, China is leading the way – significantly increasing its deployment of industrial robots, particularly in the automotive and electronics spaces.

The End of the Line for Human Workers?
In light of these developments, many people are understandably apprehensive. After all, if businesses are automated from A to Z, what tasks will remain for flesh-and-blood employees? But while total automation may be the ultimate goal, it would still appear to be a long way off. So, for now at least, traditional jobs would seem to be safe.

One striking example of the gap between expectations and reality here is provided by trail-blazing automaker Tesla. In 2018, the company had hoped to manufacture 5,000 of its new Model 3 electric cars every week leveraging state-of-the-art automation tech. As things turned out, it didn’t achieve even half that figure. And Tesla CEO Elon Musk concluded that “excessive automation was a mistake” and that “humans are underrated”.

Where People Still Have the Decisive Edge
What Tesla found out is that even the most advanced technologies can’t yet match humans when it comes to one crucial characteristic: the ability to adapt to unforeseen changes. This, plus the inability of today’s robots to faithfully replicate human judgment, imposes clear limits on the degree of automation that can currently be implemented.

Unless adaptability and judgment can be effectively built into AI, humans will continue to play a vital role, especially in complex production environments like automotive plants, where unexpected change is a day-to-day occurrence. And until AI can provide the skills required for widespread automation, human augmentation is one significant way in which technology can work with humans and not against them.

Man and Machine: Not Man versus Machine
Cited by Gartner as one of this year’s top-10 strategic tech trends, human augmentation encompasses a wide array of technologies that enable enhancements to people’s cognitive and physical abilities. The associated tech ranges from sophisticated AI that delivers detailed information and real-time insight, all the way through to powerful robotic exoskeletons.

What all these scenarios have in common is the interplay between man and machine. And far from jeopardizing jobs, human augmentation offers opportunities for what logistics giant DHL sees as “new ways of immersive interaction between humans and machines”.

From Superhuman Strength…
So much for the theory, but what does human augmentation look like in reality? With the CES2020 wearable full-body exoskeleton, Sarcos Robotics and Delta Airlines are showing how robotics can give airport workers superhuman physical strength. The device allows people to lift heavy loads with virtually zero effort. Delta deploys the CES2020 for tasks such as cargo loading and repair/maintenance, but it could also be used to handle heavy lifting in other sectors, such as warehousing and logistics.

One fascinating glimpse into how human augmentation could boost individuals’ cognitive abilities is Samsung’s recently registered patent for smart contact lenses. Of course, augmented reality and smart glasses are nothing new. But Samsung appears to be aiming to take this tech to the next level.

The proposed lenses are designed to project information about users’ surroundings directly onto their retinas. Not only would the lenses be far less obtrusive than smart glasses, they would also boast a greater field of view – giving users a more immersive augmented reality experience. What’s more, equipped with a transmitter and camera, they would allow wearers to share moving images of their surroundings in real time.

Investment in Man and Machine is Key
Whether the use case for human augmentation is a matter of brains or brawn, one this is certain: To get the most out of this innovative approach, companies will have to invest not only in technology, but also in the human workforce. People will have to be trained in new skills – especially those that machines still lack the adaptability or judgment to perform. And machines will need to be trained and corrected by people to bring their abilities ever closer to those of their human counterparts.

Full automation looks likely to remain unattainable for the foreseeable future. And that’s why organizations should seriously consider the potential use cases for and benefits of human augmentation for their business.

What are your thoughts on human augmentation? Is this a tech that you could envisage deploying in your organization? And if so, what would be the potential use cases and benefits? Feel free to share your ideas by joining the discussion in the comments section below.

This article first appeared at LinkedIn 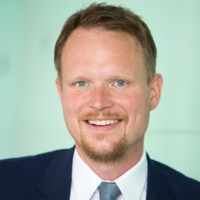 My professional mission is to help travel & industrial companies think today about which innovation will impact them tomorrow, while simultaneously guiding them to implement successful technology-driven strategies from start to finish.

With a background in computer science & business administration, I have consulted with multiple Fortune 500 CEO, CTO & CDOs on their ‘disruption journey’ & managed the delivery of more than 50 different business & technology projects over the last decade.