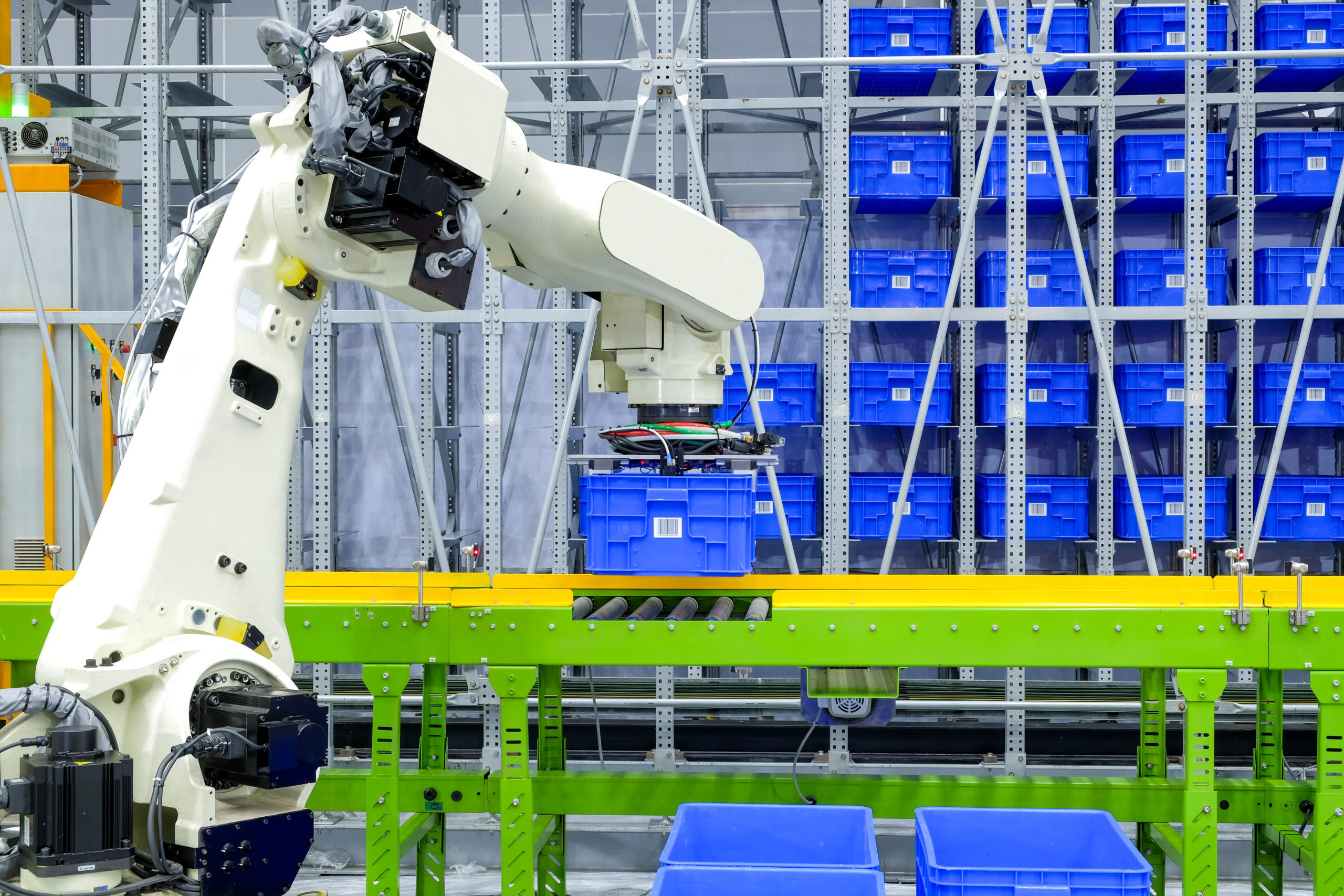 Today, we can see the Internet of Things-based devices all around. It’s an emerging technology that consists of a network connecting our gadgets and allowing them to communicate with each other. Most of us probably own such devices, and some have even turned their homes into smart mini-ecosystems, which are self-sustained and semi self-sovereign.

We often hear of consumer-based IoT, as it’s what we use most. However, the Internet of Things market revenue worldwide is $212 billion, and it consists of something more.

The emerging technology has taken over a number of industries and has even made its way into manufacturing processes. You might have heard of “Industrie 4.0“, also known as the fourth industrial revolution. It promises to combine the worlds of production and network connectivity. Industrial Internet of Things (IIoT) can make that a reality.

IIoT promises to drive operational efficiencies through automation, analytics and connectivity. It’s a network of physical objects imbued with information and communications technologies. With this advanced approach, manufacturers can achieve excellent visibility into production stages and processes, identify any gaps and fix them. It reduces any downtime while improving production quality.

The reality is that many companies don’t get to use the real value from all the data of their connected systems. This report by McKinsey found that 54 percent of them use less than 10 percent of this data.

Here, we’re going to point out some of the world’s commercial giants that are now IIoT leaders and pioneers and how they efficiently apply the innovative approach. These companies have already begun their industrial IoT implementation so that its technology and applications drive their business forward.

Amazon is one of the world’s leading companies. A report shows that during holiday rushes, some of its warehouses ship more than 1 million items a day. They typically ship about 40,000 items on a regular day, which is already a lot itself.

Dealing with enormous warehouses and millions of orders could be extremely hard without the help of technology. It has made Amazon an innovator in warehousing and logistics. It’s currently testing the limits of automation and human-machine collaboration.

You’ve probably heard about the company’s infamous idea to use drones for delivery. However, while this attracted the media’s attention, Amazon’s warehouses are full of Wi-Fi connected Kiva robots. The main idea behind Kiva technology is to have robots locate shelves of products and bring them to workers, instead of wasting employees time to search for products.

The technology has cut operating expenses by 20 percent, according to Amazon’s exec Dave Clark.

Saying that manufacturing one of the most widely-used commercial jetliners is a complicated process would be an understatement. It involves millions of components assembled in thousands of stages. Furthermore, a single mistake could cost hundreds of lives. Unfortunately, people make mistakes.

On the other hand, the good news is that they can now finally be avoided or, at the very least, substantially reduced. To use that possibility provided by technological advancements, Airbus has launched the Factory of the Future. That’s a manufacturing initiative that streamlines operations and boosts production capacity.

Airbus has integrated sensors into tools and equipped workers with wearable technology, such as smart glasses, which reduce errors while providing safety. It improved the overall productivity of the cabin seat marking process by 500%, with an error rate reduced to zero.

Hitachi is a leading Japanese industrial company known for its experience and integration across operational and information technology. Many similar companies consider partnerships to fill in the gaps in IoT knowledge. However, Hitachi chooses to stay independent.

It has over 16 thousand employees focused mainly on technology. Lumada is an IoT platform offered by Hitachi. They also make many products that leverage connected technology, such as trains. They now sell them as a service.

The company has developed an IoT-enhanced production model, which claims to have slashed production lead times by half within its Omika Works division. It manufactures infrastructure for steel, electricity, traffic and other industries.

Caterpillar, (also knows as “CAT”) is a heavy-equipment manufacturer. The company has been an IoT projects pioneer for quite some time now. Recently we started seeing the results from their IoT technology investments.

CAT is using augmented reality and IoT applications to give machine operators an insight into a machine’s overall condition, including fuel levels and predictive maintenance. If an air filter expires, for instance, the company sends instructions on how it should be replaced via the AR app.

Forbes even has a dedicated article on how CAT used sensor-driven analytics to save money on boats and shipping vessels.

The main inspiration behind Bosch’s Track and Trace program is that workers would spend too much time looking for tools. It made the company come up with the idea to add sensors to its tools so that they can be tracked.

As the teaching program becomes more and more precise, Bosch is set to use it to guide assembly operations as well.

IIoT: The Future Of Manufacturing

Industrial IoT covers many use cases, just like IoT in general. The main goal is to optimize operational efficiency and automate manufacturing processes. Leading commercial giants have already implemented IIoT solutions into their working processes.

We’ve made a shortlist of huge names from different industries to show you that IIoT could be used for everything. These are some great examples of how established companies work with new technologies to optimize their processes while cutting on costs and reducing risks caused by human error. Smart technologies such as Industrie 4.0 suggest that the way to the next industrial revolution has already begun.

Owen is a passionate writer and avid traveler. Working with the mobile app development, VR/AR development, Internet of Things, and design companies, he likes to share his insights in the articles on the related topics.

Please connect me via Linkedin: https://www.linkedin.com/in/hao-owen-huang-257291159