At first glance, the healthcare field seems to be a goldmine for digital innovation. An overextended workforce, outdated protocols, hundreds of wasted hours in administrative tasks, a patient population that is wide open to digital solutions, a multitude of inefficiencies and redundancies — the opportunities for digital overhaul in healthcare are myriad. Yet every year the graveyard of digital health tools gets more crowded as innovators fail to overcome healthcare’s uniquely complex barriers to their adoption.

Goldmine and graveyard, the tremendous opportunities for digital transformation in healthcare and the seemingly insurmountable barriers to its adoption are two sides of a coin. They spring from the same root causes: the lack of financial incentives to implement digital solutions; the high stakes that necessitate a cautious approach; and most significantly, providers’ seeming unwillingness to abandon proven workflows or sunk costs to take a chance on a disruptive solution.

This last cause is often the greatest barrier to getting innovation through the door. Clinicians are the primary end-users of digital health, and a clinical champion can make all the difference in whether a solution is adopted. But in the face of the physician shortage in the United States, doctors don’t have time to trade out their proven workflows to take a risk on a solution that may or may not be successful, and will almost certainly take time to learn and implement into their practice. The majority of providers are already at capacity — eighty percent have no time to see more patients or take on more duties. Thus what seems like an unwillingness to change is often an inability to find the time to change.

Many physicians agree that digital tools and solutions are worthwhile in theory, but with an average workload of 40-60 hours a week, they don’t have the space in their schedules to evaluate these solutions. As it is, the amount of patients that a physician sees in a day (the most rewarding part of their jobs, according to 80% of doctors) has been reduced in recent years to make time for the mountains of non-clinical paperwork and administrative duties that they are responsible for.

Because of their packed schedules, physicians often default to the status quo for sanity’s sake: forty percent of physicians see up to 20 patients per day, with another 40% seeing more (anywhere from 21 to over 70); and all spend almost a quarter of their day on administrative duties like inputting data into EMRs. If physicians do have a chance to sit down with innovators, it’s in the margins of their day — instead of an exciting opportunity for change, a pitch-meeting with an innovator represents another 15 minutes they have to take from their family at the end of a long day, an extra 10 minutes of sleep lost in the morning to get into the office early, the interruption of the small respite of a lunch break.

It’s no surprise that in a 2018 survey conducted by the Physician’s Foundation, eighty-nine percent of physicians polled felt that they had somewhat to very little influence on changes in healthcare — they have no time to research chances to optimize their practice, and thus essentially no voice in its improvement. Yet only a physician has the kind of intimate knowledge of his or her needs and workflow that can drive effective innovations. Perhaps digital innovations have failed to take hold because the people making decisions around tools to help doctors are not doctors.

If we are going to break the barriers to digital transformation in healthcare, we need to expect physicians to think critically about how their job needs to evolve. And no one can do this without time to reflect on and evaluate the status quo. In the corporate world, executives and other employees are encouraged to do research, to take time in their schedules for professional development. Many tech giants — most famously Google, but also Facebook, Linkedin, Apple, and others — employ the 20 percent time model, where roughly one-fifth of an employee’s schedule is focused on personal side projects (those side projects have turned into Gmail, Google Maps, Twitter, Slack, and Groupon, to name a few). This is the model that we need to embrace in the healthcare system.

We need to look past the excuse that “doctors are traditionally conservative” and that is why innovation is dead in the water. While that narrative may have explained why cutting edge technology is not more readily adopted by physicians, there are other problems that it doesn’t account for — like why rates of compliance for new protocols and best practices are abysmally low. Those symptoms should point us to a different solution, a solution we can do something about. Not “doctors need to get with the times” but doctors need to get some time.

One solution is to advocate for a higher price per consultation that can eliminate the existential need to pack daily schedules with patient appointments. Under the current model, doctors are incentivized to take as many appointments as possible, double — even triple — booking slots to squeeze as much productivity out of current rates of reimbursement. But with increased reimbursement per consultation, physicians can more easily cover the cost of their salaries for their employers, which can then allow providers to take more time out of the clinic and in the office, thinking critically about their roles and how to improve their delivery of care.

Of course, this begs the question — who pays? The ones who stand to benefit most, of course. Giving physicians more time to develop professionally and research solutions is in the best interest of those who take on the burden of health costs, health insurance providers and the government (ie, taxpayers). Patient outcomes are almost guaranteed to improve when physicians have the time to stay up to date on best practices, and this directly reduces the burden of cost on those stakeholders.

Physician salaries represent a very small part of healthcare costs, paling in comparison to drugs and diagnostic care. If more money was paid to the physician on the front end to develop and implement more preventative solutions — by payers or government subsidies — the cost savings would increase exponentially, making an increase in physician salary an astute business move as well as one that can have a dramatic impact on patients’ lives.

This article first appeared in hitconsultant.net 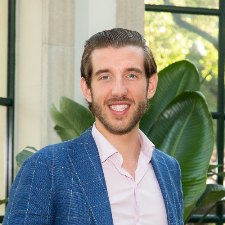 Juan Pablo Segura, Co-founder & President, Babyscripts
Juan Pablo founded Babyscripts in 2014 with the vision that internet enabled medical devices would transform the delivery of pregnancy care. Since 2014, Juan Pablo has been named a Healthcare Transformer by the Startup Health Academy in New York and a Wireless Lifechanger by CTIA for his work in detecting problems in pregnancy faster.

Juan Pablo is a frequent speaker on the future of healthcare, speaking at multiple venues including TEDSocial, the mHealth Summit, the national HIMSS conference, and the Bio+Tech conference. He has pitched and won Startup Competitions at SXSW at their Barracuda Bowl and the 1776 Healthcare Challenge Cup. He has been invited to share his thoughts on podcasts and through interviews, and is an established thought leader in the field of startup fundraising and the future of healthcare.