Juan Pablo founded Babyscripts in 2014 with the vision that internet enabled medical devices would transform the delivery of pregnancy care. Since 2014, Juan Pablo has been named a Healthcare Transformer by the Startup Health Academy in New York and a Wireless Lifechanger by CTIA for his work in detecting problems in pregnancy faster. Juan Pablo is also the architect of the first "Prenatal Care Moonshot" focused on eliminating preterm birth by 2027 through mobile/digital technology, and Babyscripts has been named a Champion of Change in Precision Medicine by Barack Obama and the White House.

Juan Pablo has raised $16 million in venture/angel financing for furthering his vision of a data centric model in prenatal care. He has orchestrated large partnerships with Philips International, General Electric and their Healthymagination initiative and the March of Dimes, specifically targeting the elimination of premature birth. He has also led the Babyscripts sales team, closing large hospital deals with more than 45 health systems around the country that manage over 200K pregnancies annually, and successfully signing a co-development deal to build an at-risk product with Aurora Healthcare in Wisconsin and a postpartum hypertension product with Penn Medicine.

Juan Pablo is a frequent speaker on the future of healthcare, speaking at multiple venues including TEDSocial, the mHealth Summit, the national HIMSS conference, and the Bio+Tech conference. He has pitched and won Startup Competitions at SXSW at their Barracuda Bowl and the 1776 Healthcare Challenge Cup. He has been invited to share his thoughts on podcasts and through interviews, and is an established thought leader in the field of startup fundraising and the future of healthcare. 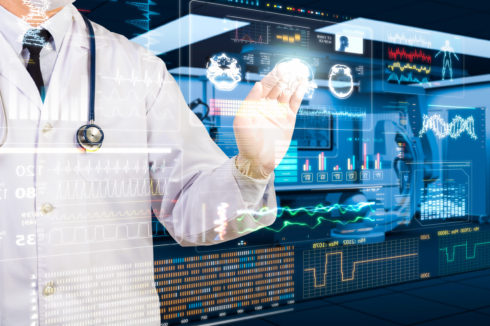 At first glance, the healthcare field seems to be a goldmine for digital innovation. An overextended workforce, outdated protocols, hundreds of wasted hours in administrative tasks, a patient population that
1532 Views
Write a comment..
0