An academic and researcher in Artificial Intelligence, Computer Vision and UX Design. I believe in bridging the gap between research and entrepreneurship. I have founded two companies, Innovogy Ltd which is a technology company and Colour my Travel, an award winning tourism company. In 2019, I joined Vestis.ai as a co-founder, taking up new challenges in computer vision within the fashion-tech sector.

In 2015, I was chosen by Google to start the Google Developer’s Group in Malta and it is building a community with local developers and people interested in technology. I served as a member of the Maltese Government’s task-force, Malta.ai between, with this commitment wrapped up with the publication of Malta’s National AI strategy in October 2019.

I am an assistant lecturer at the University of Malta within the department of Artificial Intelligence in the Faculty of ICT . In the past, I lectured User Experience Design at the St. Martin’s Institute of High Education, a University of London Affiliate Centre where I also served as Head of the Computing Department between 2012 and 2017.

In the past years, I co-authored a number of international peer-reviewed publications. One of these publications includes a book in the area of Interaction Design about The New Digital Natives published by Springer.
After graduating with honours in IT from the University of Malta, I completed a Master of Science degree in the field of Artificial Intelligence in Mobile Technology and currently reading for a PhD in Computer and Communication Engineering specialising in saliency and image manipulation.

From an industrial perspective, I am the co-creator of the award-winning project “DINOS for Smart Cities”. With this idea, we won two prestigious international awards; European Satellite Navigation Competition 2010 – First Place in Media and CeBIT 2011 Gold Seal of e-Excellence. In 2017, I was a finalist in the European Satellite Navigation Competition with the idea named “Road Safety Reward System“. I also worked in various software houses and with large scale telecommunication companies. Amongst other ICT projects, I managed the development of applications for Vodafone Malta Ltd, Barracuda, Carrefour, and OBIMED EU project, iAccess EU project among other portfolio-locked projects that are of a confidential nature. 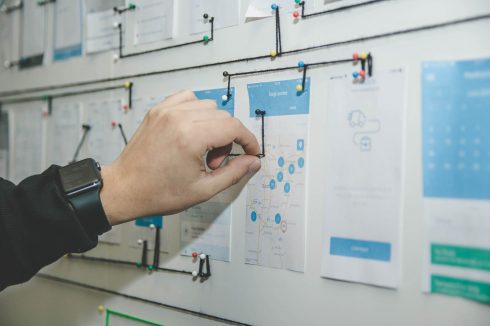 Heuristic Evaluation in the age of AI-driven Tech

A quick and cheap way of getting usability evaluation done efficiently without ignoring AI.   TL/DR: Nielsen’s heuristic evaluation has served us well for the past decades to evaluate interfaces.
1142 Views
Write a comment..
2